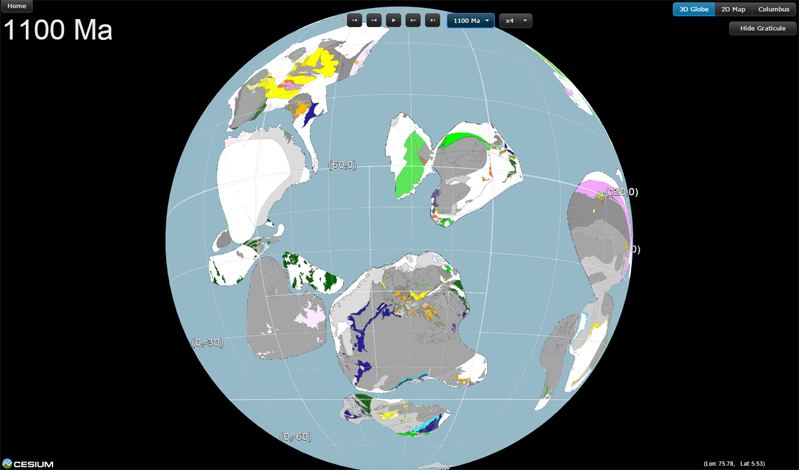 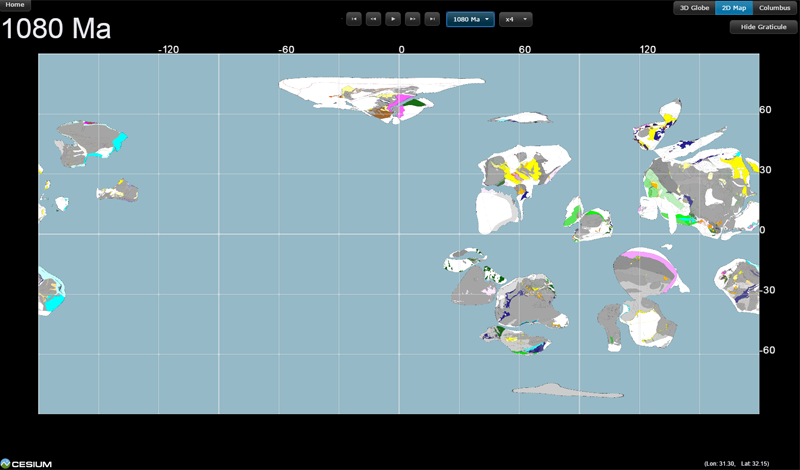 Rodinia (from 'rodit', meaning 'to beget' or 'to give birth' in Russian) was a supercontinent that existed during the Neoproterozoic and was named as it was thought to have been the original supercontinent that present day continents formed from (McMenamin and McMenamin, 1990). Its amalgamation began just after 1100 Ma, with the collision of Baltica (north-east Europe) and Amazonia (north-east South America) along the east coast of Laurentia (North America), Australia-Antarctica, the Kalahari (South Africa) and the Congo (Central Africa) cratons colliding along the west, south-west and south margins respectively and Siberia (eastern Russia) colliding with the northern margin. Due to its central position in the supercontinent, Laurentia is considered the heart of Rodinia, and its breakup, occurring around 750 Ma, resulted in all of these continents rifting off it and reforming into Gondwana (from 650-520 Ma, including South America, Africa, Australia, India and Antarctica) or Laurussia (North America and Baltica).

A number of reconstructions have been proposed over the past twenty years for modelling the breakup of Rodinia, and they all differ slightly in the exact timing and orientation of the continents. The model depicted here is from Li et al. (2008), a large, international collaborative project that was a contribution to IGCP 440, and is probably the most comprehensive review of global evidence for Rodinia. The model is based on a number of lines of evidence, including palaeomagnetism, regional geology, palaeobiology and plate kinematics.